We provide our community with a unified venue to learn about, evaluate and guide the outcome of future development within the Central Area. We foster relationships between residents, developers and City officials, advocating for a vision that is inclusive, sustainable and thoughtful 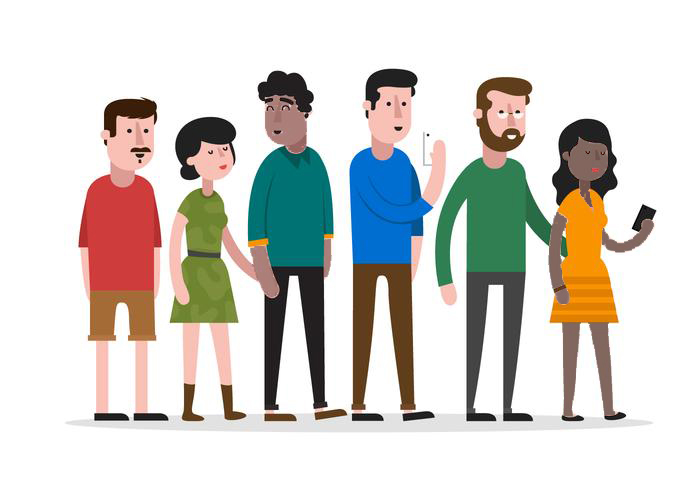 Dennis Comer is a retired military officer who has relocated to Seattle and has decided to help his wife run her small vegan dessert bakery. As a small business owner, Dennis participated in the Seattle Commercial Affordability Committee. Dennis volunteered to lend his leadership in the formation of the Central Area Collaborative and now acts as the program manager.  Dennis has a BS in Computer Science from Prairie View A&M University, an M.S. in Operations Research and Systems Analysis from the Florida Institute of Technology  a Masters in Profession Studies in Publishing from The George Washington University (District of Columbia) and is currently pursuing a MS in Aeronautics from Embry-Riddle University. Dennis is currently pursuing his private pilots certificate as he anticipates a career change in the next 3 years.

Donna is a local restaurateur, proprietor of Marjorie restauarant and Miss Marjorie’s Steel Drum Plantains. She is President and CEO of Mint Holdings, a food and design company she created in 2008. Donna also serves as a Mayor appointed commissioner for the Seattle Center. She is a former Board President and Director of the Central District Forum for Arts and Ideas, and served on the Capitol Hill Housing Foundation Board.
Donna enthusiastically parents her son Max, travels, and occasions boxing and yoga studios in Seattle, paddleboarding when whether permits.

Jeff Floor graduated from the University of Utah in 1983 with a degree in painting and drawing, pursued the allure of the art-world mecca, New York City, only to realize that the commodification of art was more than his psyche could handle. Rededicating his livelihood to one that could address human-made impact on this planet, entered the UW architecture program in 1985, graduating in 1990 with an MArch and a certificate in Urban Design. Worked at Arai/Jackson, Arrellano Christofides, Miller Hull and currently at LMN Architects. Resident of Leschi since 1995, where he and wife Delia have raised two sons, both of whom attended Washington Middle School and Garfield High School (Theo GHS  Class of 2011; Mitso, Class of 2015). Committee member for the creation of the Officer Timothy Brenton memorial on 29th Avenue, a tutor at WMS and board member of the Leschi Community Council.

Bill Bradburd is a retired information systems consultant who became interested land use issues a few years ago as changes and gentrification began disrupting his neighborhood, Jackson Place, near Little Saigon. Besides being active with his community council and district council, he chairs the Seattle Neighborhood Coalition, is co-chair of the City Neighborhood Council Budget Committee, and provides guidance to community groups around the city.

Mike Moedritzer grew up in St. Louis. He has a bachelor’s degree in Architecture from Washington University Architecture School in 1981, and a Master’s Degree in Architecture with an Urban Design Certificate from the University of Washington in 1988. He has worked as an architect in Seattle for a number of firms, designing mostly low-income housing, including the Seattle Housing Authority’s Rainier Vista redevelopment. He has also done civic duty volunteering on citizen advisory panels helping the City of Seattle develop the original design review process, rewrite land use code for commercial and multi-family zones, and write neighborhood-specific design guidelines for the University District. He currently works at GGLO Architecture. Mike’s ties to the Central Area began with his three kids at Washington Middle School and later Garfield High School. He’s lived in Colman Park since 2004.

Joy is a native of Seattle, and has lived in the Central Area since 1992, a graduate of both Garfield and Washington State University.

As an architect she has worked at many Seattle firms including Callison, Meng and NBBJ, specializing in healthcare and technical projects. She also spent a few years working in London and France for architectural firms.

Returning to Seattle she moved to the Central Area where she became involved in 12th & Cherry Urban Village Planning, which lead to participation in Squire Park Community Council, the 12th Avenue Stewards, and two terms on the City of Seattle Design Review Board, and finally Seattle University and Swedish Cherry Hill Major Institution Master Planning committees.

She is currently working for the City of Seattle specializing in ADA and accessibility compliance for the built environment. This excludes her from any city run boards making the CA-LURC a perfect fit with a group of citizen volunteers interested in promoting thoughtful design conversations with developers, architects and neighborhoods.

How we work/What we do

The committee believes that the world will only continue to grow in population, forcing communities to constantly adapt and reevaluate how best to live with another, and that the most powerful tool available to us is our own sheer will to be shapers of that future rather than mere bi-products of change. Starting from that base assumption, we view each new development not as a necessary evil of society but as an opportunity to shape the structures and environments that our future generations will inherit. Through monthly public meetings, we invite potential developers to engage in a two-way dialogue with the community regarding their preliminary design proposal, giving developer’s critical feedback by which to adjust their projects in order to better suit the community’s needs. The goal of this group is not to stop development but to make it better than it otherwise would be had the neighborhood not engaged the developer into discussion. We look to the future, with a healthy respect for our past, and hope that those joining us in discussion will share our passion for the opportunities that lie ahead when we put our heads together in collaboration.